The Sony X850G is a Bravia TV from the current Sony lineup, which actually belongs to the more affordable side of the series. The TV scores with some features that can also be found on expensive Sony TVs. We explain all strengths and weaknesses in thorough detail.

Workmanship and design of the Sony X850G

The TV’s design fits in well with the design line of the series, making it similar to the Sony X950G and Sony X800G. Since there are two feet on either side, the footprint must be large enough to hold the TV – depending on the size you want, this should be taken into account. Basically, the TV is very thin, which is chic, but sometimes a bit cheap, as the X850G is made entirely of plastic. The feet are thin, but keep the TV very solid. It hardly wobbles at a light touch. On the wall, however, it makes an even better impression due to its sparse thickness.

Since the Sony X850G has an IPSIn-Plane Switching, type of LCD Panel panel, it is basically more suitable for bright rooms. Deep and uniform black is not one of its strengths, as the Edge Lit backlight is more visible on IPS panels than it is on VAVertical Alignment, type of LCD Panel panels. In addition, there is no Local Dimming. But the brightness is high enough for bright rooms. Nevertheless, the contrast range is not large enough to display HDRHigh Dynamic Range - image/video with more dynamic range (contrast range) content impressively. However, Dolby VisionDynamic HDR-format with a color depth of up to 12 Bits and Mastering of up to 10,000 Nits is supported.

A distinct advantage of IPS panels, however, is the very wide viewing angle. Even when viewing at an angle, colors do not lose their luminosity. So if you have a wide couch and watch TV with lots of people in a bright room, IPS panels are the better choice. However, if your room is dark or can be darkened and you’re always looking straight at the TV, VA panels are better. The Samsung RU8000 or the Hisense H8F might be the better choice.

Attention: The largest model of the Sony X850G with 85 inches has a VA panel. Black levels and contrast are significantly better here, but the viewing angle is more limited.

In terms of motion handling, the Sony X850G is very good. The backlight hardly flickers – only when Black Frame Insertion is used for motion interpolationArtificial calculation of more frames than the source material has to offer. Although the TV has a 120 HzHertz is the derived SI-unit of frequency with 1Hz=1/s - When talking about TVs this means how many different pictures a TV can display in one second. panel, it can only reproduce interpolated content at 120 Hz. The response time is 4.3ms, so there’s hardly any motion blur in fast motion. Unfortunately, stutter is possible with content at 24 Hz, as is the case with cinema films. However, stuttering is only noticeable during particularly slow panning shots. The Sony X850G is also capable of removing JudderInconsistent time frame due to the input frequency not mismatching the TV's frequency (e.g. 24p via 60Hz) from any source, which is amazing.

Gaming on the Sony X850G

If you are looking for a an affordable TV for gaming, the Sony X850G is a fantastic device. As with movies and series, it fits better in bright rooms than in dark ones. As far as performance is concerned, it delivers very good performance.

The input lag is very low, lower than any other Sony TV. 14.7ms at 1080p @ 60 Hz and 14.6ms at 4K @ 60 Hz. Unfortunately there is no gaming at 120 Hz. Also FreeSyncVariable Refresh Rate with AMD graphics cards or consoles is not available in any variant. In addition an Auto Low Latency Mode is missing.

Sound quality of the Sony X850G

The basic sound of the Sony X850G is basically not bad. Sony has equipped it with the marketing term Sony Acoustic Multi Audio. As to be expected due to the architecture of a flat screen TV, the lows are particularly weak, as there is hardly any room to unfold them. Dialogues are clearly understandable and the TV becomes loud enough – so far, so good. But if you want more and want to integrate a soundbar or a surround system, for example, you should be pleased that the TV has HDMI eARC, which allows Dolby AtmosObject-based surround sound format with 3D-Sound from any direction to be transmitted uncompressed. DTSMulti-channel-sound-system (Surround Sound) competing with Dolby Digital:X and DTS are also supported.

Like all Sony TVs, the X850G runs on Android TV 8.0 Oreo, which is a very good Smart OS. Operation is very simple and extremely fluid, so that all programs and apps can be reached quickly. Netflix, Amazon Prime Video, YouTube or other streaming services are pre-installed. Netflix and YouTube can also play their content in HDR. Unfortunately, there is advertising by default, which cannot be turned off. This is a pity, but with most OS of many manufacturers so. Voice control via Google Assistant or Amazon Alexa is also supported, the same applies to Apple AirPlay 2.

Variants of the Sony X850G

The Sony X800G is a cheaper TV than the X850G. In comparison, it has a weaker processor, no audio solution, no Dolby Cinema package and no aluminium frame. Also, the panel is only 60 Hz. It’s more aimed at beginners who don’t need any special features. Affordable LCD TV for bright rooms with many extra features

If you are interested in an affordable TV for very bright rooms and need practical extra features, the Sony X850G is a good device for you. Dolby Vision, Dolby Atmos, good input lag for gaming, HDMI eARC for better sound – all these are the advantages that the X800G does not have. The picture quality is suitable for bright rooms as it handles reflections well and has a high brightness. In dark rooms, however, it isn’t as capable. 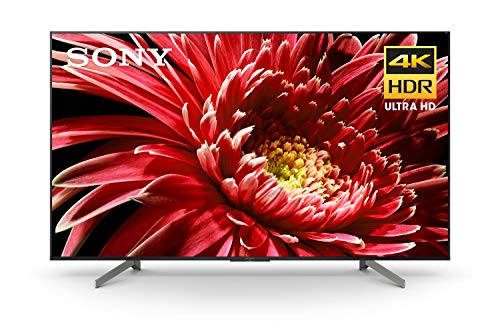 62 %
Are you interested in the Sony X850G Bravia?
Then benefit from its discount price now!