The first TVs with a mini-LED backlight appeared in 2021 and scored with a significantly higher contrast. This is because much smaller LEDs are installed here, which allows the backlight to function much more precisely. The higher contrast is finally achieved by a local dimming function and mini-LED TVs have significantly more dimming zones than conventional LED TVs. Check out this listing to see which are the best mini LED TVs!

You haven’t found a suitable TV? Then take a look at our buying guide or the best list.

Arguably the best TV with a mini-LED backlight is the Samsung Neo QLED QN95B. The new technology allows the Neo QLED to achieve a peak brightness of over 2000 nitsSI unit of luminance: 1 nit = 1 cd/m2 – The best way of measuring and comparing a TVs brightness  , which is double that of most OLED TVs. Full Array Local Dimming can then also achieve excellent contrast, making movies and series look simply stunning on the TV.

In addition, the in-house Quantum Matrix technology enables a more precise control of the individual areas and works very precisely. HDRHigh Dynamic Range – image/video with more dynamic range (contrast range) content benefits most from this and highlights stand out clearly.

When gaming, you also notice that the TV gets very bright and you can play games during the day without any problems. Colorful games are incredibly colorful, although content is also too overexposed in certain settings. Thus, bright details can quickly get lost. 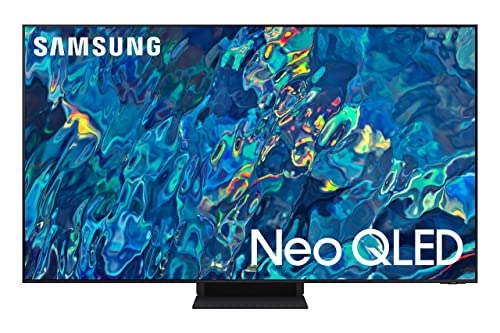 Slimmed down and without One Connect Box: Samsung Neo QLED QN90B 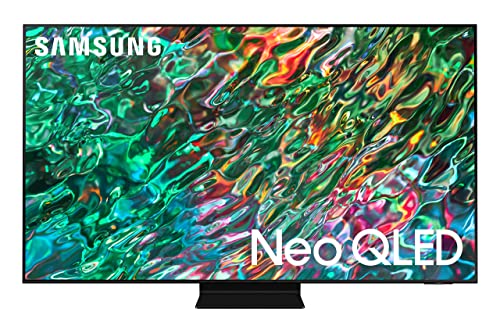 If you want to have a not quite as bright Neo QLED in your living room, you can go for the Samsung QN90B. It is actually almost the same model, but the little brother does not offer a practical One Connect Box and it is not quite as bright.

The mini-LED model only achieves a peak brightness of 1800 nits, which is still a very good value. There are no compromises in terms of picture quality, and movies and series still benefit from the well-functioning local dimming and other features that optimize the picture perfectly.

However, gamers will have to be satisfied with a 120 Hz panel, since 144 Hz is reserved for the flagship model. 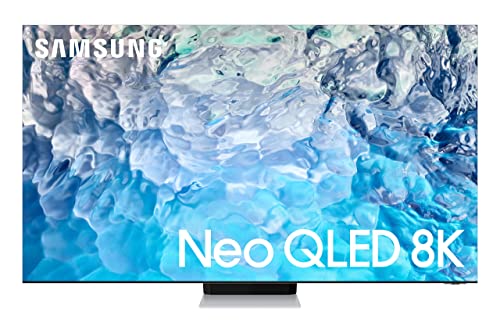 Samsung still has another model up its sleeve that shows the mini-LED backlight to its best advantage: the Samsung Neo QLED QN900B. The difference to the QN95B is the resolution, because you can put a real 8K giant in your living room.

The built-in mini-LED backlight provides you with an incredibly bright picture and the Full Array Local Dimming function can create a great contrast. Thus, movies and series are shown to their best advantage and watching during the day is no problem here.

However, the price is significantly higher and the fact that there is hardly any native 8K content makes it questionable whether you should not rather go for the cheaper QN95B.

Another mini-LED TV that can convince us across the board is the Sony X95K. Thanks to the in-house optimization processes and a brightness of about 1400 nitsSI unit of luminance: 1 nit = 1 cd/m2 – The best way of measuring and comparing a TVs brightness  , it is brighter than most TVs and can create a great picture thanks to its local dimming function. In addition, there is a unique color fidelity that only Sony can conjure up so precisely on the display.

You don’t have to worry about blooming here either, because the minimal glow that can be seen around bright objects on a dark background is almost invisible again. Furthermore, Sony swears by Dolby VisionDynamic HDR-format with a color depth of up to 12 Bits and Mastering of up to 10,000 Nits, quite in contrast to Sony, which continues to only rely on HDR10HDR10 Media Profile – HDR with a color depth of 10 Bit in the Rec. 2020 colorspace. This also dynamically optimizes the picture so that there is nothing to complain about in terms of picture quality.

Only the operation of Google TV is a bit confusing, and the competition can do much better here. In addition, the TV offers some bonuses in combination with a PlayStation 5, which Xbox owners unfortunately have to do without. 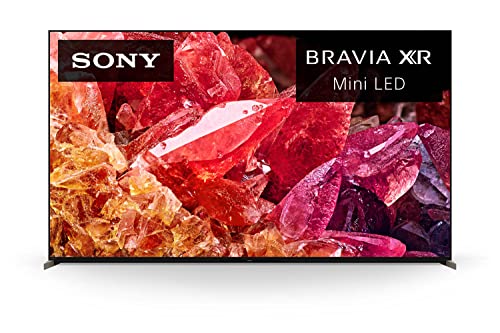 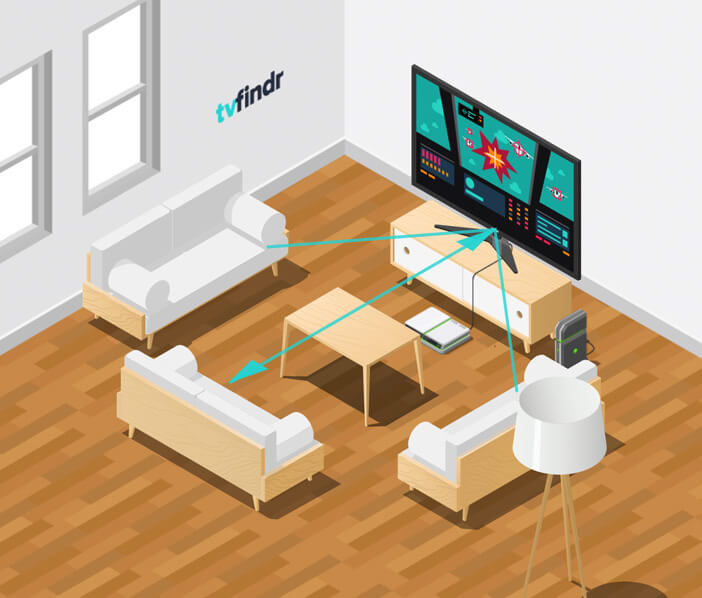 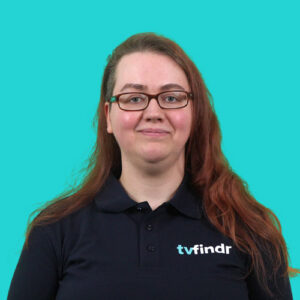 As an expert in literature and pop culture, Kerstin also has a knack for technical novelties and is always enthusiastic about innovations. Other interests: Art, gaming, plants and her fluffy four-legged friends.

The mini-LED technology is actually quite self-explanatory, because instead of a normal LED backlight with only a few hundred LEDs, significantly more LEDs are now installed behind the panel of a TV. The mode of operation remains almost identical. An LED/LCD panel contains liquid crystals that cannot light up by themselves and are therefore dependent on a backlight.

Due to the small size, there is now much more room for LEDs on the panel, which means the display can be better illuminated. This also significantly reduces the dirty screen effect, because dark spots that are not illuminated and have a negative effect on the displayed image are significantly minimized. Deep black areas can now also be displayed much better, since the LEDs cause less scattering. Possible blooming can also benefit from this, which is also minimized by the mini-LEDs.

Since the panel can be divided into more dimming zones due to the smaller LEDs, the contrast is also much higher than in conventional LED TVs. This is because the illumination can be much more precise here. Theoretically, a much higher brightness is then also possible, which makes HDRHigh Dynamic Range – image/video with more dynamic range (contrast range) content much more effective.

The mini-LED technology eliminates many negative aspects of conventional LED/LCE TVs. These include blooming, the dirty screen effect and a comparatively low contrast. Due to the smaller size and the resulting higher number of LEDs, the screen can be better illuminated and the contrast is also increased due to the amount of dimming zones.

Is mini LED better than OLED?

It is impossible to make a general statement about which technology is better, because both have their raison d’être and are suitable for different target groups. Furthermore, many factors play into the question, so there is no clear winner.

OLED TVs still have clear advantages in the home theater sector because they can achieve perfect black and unrivaled contrast. They also have an incredibly low response time, which means that movements are always displayed smoothly. Thanks to new technologies like the Evo or the new QD OLED panel, they are also safer in terms of possible burn-in.

In very bright environments, however, the LED/LCD TVs still have the edge and here the mini-LED TVs can deliver a much better performance. There is no automatic brightness limiter that dims the brightness down. Therefore, the TVs have made a significant step forward with the use of mini LEDs and can still keep up very well with the competition.

Are mini LEDs the same as micro LEDs?

No, these are two different technologies. Mini-LEDs are just normal LEDs, but much smaller, which means that many more can be installed on a panel.

Micro-LED technology is also inorganic LEDs, but on gallium nitride. They can get much brighter without generating heat and also require less energy. To produce better color accuracy, only red, green and blue subpixels are installed.

In the end, the result is a mixture of LED/LCD TVs (bright and long life) and OLED TVs (perfect black and high contrast), but the new QD OLEDs have also achieved this.

Ultimately, the production of the micro-LED TVs is the problem and there are no mass-produced models yet. Here, the question remains open for now whether the QD OLEDs have already taken the position on the market here.

You might also be interested in these articles ...
Best OLED TVs
Best QLED TVs
The best 120 Hz TVs
The best 8K TVs
The best QD OLED TVs
The Best TVs 2023
* Prices incl. VAT, plus shipping costs. Please note that prices shown here may have changed in the meantime. All data without guarantee. Most of the time, these are so-called affiliate links. If you click on such an affiliate link and buy through this link, we get a commission from the relevant online store or provider. The price does not change for you.
🔥The best OLED-TV Deal🔥
LG's 2022 all-round wonder Evo panel, great picture quality and perfect gaming performance
LG C2 evo OLED in 65 Inch