New televisions only rarely have a SCART connection. This means that you no longer have a chance to connect your old consoles or video devices, as they do not have the HDMI port required for this. We’ll show you how you can nevertheless connect older hardware to new TVs.

The SCART connector – A dying breed

Fortunately, manufacturers like deleyCON and Neoteck offer an effective and inexpensive way to get this pesky generational problem out of the way. 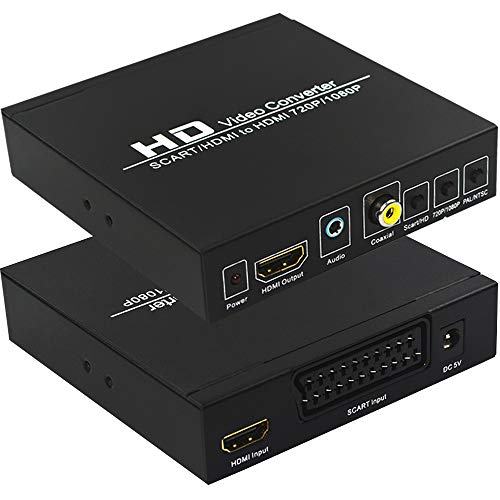 SCART technology (Syndicat des Constructeurs d’Appareils Radiorécepteurs et Téléviseurs) was developed in the 1970s and has become the new standard in the European home entertainment sector in the following years. SCART is a connector that transmits analog video and audio signals simultaneously. Thanks to SCART technology, a single connection is sufficient for the reproduction of image and sound.

Since 2002, HDMI (High Definition Multimedia Interface) has been jointly developed by television manufacturers such as Sony, Toshiba or Philips and installed as standard in their devices. HDMI is a technology that can receive and play back video and sound signals simultaneously. In its function, the HDMI connector is the modern counterpart of the SCART connector, but with the big difference that HDMI transmits digital signals and not analog like the SCART connector. HDMI has now completely replaced the SCART connection and has established itself as the new standard for video and sound transmission.

HDMI – The new man in the house

How to solve the generation problem? SCART to HDMI!

To be able to use your old consoles or video equipment equipped with a SCART connector on your new TV equipped with HDMI, you need a so-called ”SCART to HDMI converter”.

The SCART to HDMI converters from deleyCON, Neoteck or Steelplay convert the analog signal of the SCART connector into a digital one, which can then be output via HDMI. 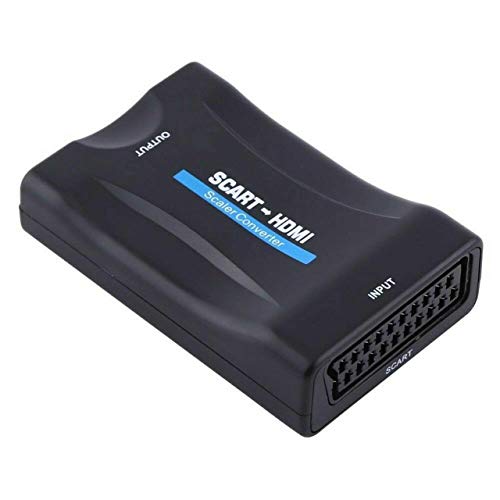 The technology that is used here is not particularly complex. All converters use the same process for converting analog to digital signals, so you won’t see any major quality differences between the individual products. Whichever converter you choose, it must be clear in advance that no improvement of the original image signal can be expected here. The converters convert the analog signal, but do not improve it. The maximum image resolution that SCART can transmit only reaches the PAL standard of 720 x 576 pixels. In times of HDMI, where a picture resolution of 3,840 x 2,160 is possible without any problems, you have to reckon with the converter producing a washed-out picture. Another disadvantage is that you have to reckon with a significant increase in input lag when playing on your old consoles, since an analog signal has to be converted into a digital one and the converters can only accomplish this with a minimal delay.

SCART to HDMI the best choice?

If you are not comfortable with the above mentioned drawbacks and want to use the SCART to HDMI converter mainly for your old consoles, then there is an alternative that allows you to get rid of the input lag problem.

There are still some TVs on the market that have an analog connection (e.g. Philips Ambilight 55OLED804). Here you don’t need a converter and can use your included SCART cables to connect your old consoles directly to the TV. This way, there is no input lag at all. Those who have lost their old cables don’t need to worry, as you can get them at a reasonable price on Amazon.

In conclusion, the SCART to HDMI converters are well suited for VHS and DVD playback. However, if you’re planning to connect your old consoles, you’d be better off buying a new TV with an analog connection, as this way you won’t be plagued by annoying input lag.

Searching for the
Best TVs 2022 ?
Other articles from category

Hertz – The importance of the refresh rate
* Approximate price incl. VAT, plus shipping costs. Please note that prices shown here may have changed in the meantime. All data without guarantee.
🔥The best OLED-TV Deal🔥
LG's 2021 all-round wonder with great picture quality and perfect gaming performance
LG C1 OLED in 65 Inch