Depending on the use of the TV, certain TV ports play a more or less important role. If you want to gamble on the highest quality, then HDMI 2.1 ports are important. Music fans are happy about an HDMI eARC connection and sometimes it is simply enough to have a satellite or cable connection. However, why do you need all the TV connections and which cable belongs at which place? We explain the most important TV ports in this article.

TV ports – Which ones do I need nowadays?

Technology has changed a lot over the years, and you can see that in the TV ports of modern TVs. While you used to be able to find a Scart connection everywhere, HDMI ports dominate the back of most TVs today. Do I still need old tv ports and which ones should I look out for when I buy a new TV?

Most of the old tv ports are no longer necessary for modern devices that you want to connect. Therefore, a missing Scart port is only a disappointment for retro gamers who want to connect a Super Nintendo or a Nintendo 64. Modern receivers also increasingly use an HDMI port, which is why you can easily ignore the old Scart port here.

Of course, HDMI 2.1 ports are essential for gamers and there can simply never be enough of those. Modern tv models now offer up to four, so consoles and Blu-ray players can fit comfortably without also taking up the HDMI eARC slot.

The HDMI port is, in this sense, the successor to the well-known Scart port, which can only be found on older TVs. Meanwhile, all devices use the HDMI cable, mainly because of the significantly higher amount of data that can be transmitted with it. This is especially important for high-resolution content like movies and series in 4K or TV in HD. If you want to learn more about this topic, take a look at our spotlight article on 4K resolution.

For current TVs, a difference is still made between HDMI 2.0 and 2.1. Especially the data transfer is important here, which is three times higher with the HDMI 2.1 connection than with the previous HDMI 2.0 standard. The latter can only transfer 18 gigabits per second, while the 2.1 port can transfer 48 gigabits per second.

In addition, there are certain features that an HDMI 2.1 port offers that you only partially get with an HDMI 2.0 port. An HDMI connector is not a full-fledged HDMI 2.1 port until it completely meets the following specifications:

A 2.0 port can also include some of these specifications, but not all of them, which is why you can connect a PlayStation 5 and also use it wonderfully, but not use the console’s full potential.

Nowadays, you need an HDMI port for most compatible devices that you can connect to your TV: Blu-ray player, console, PC or receiver.

The ARC port can be used to transfer audio data to a soundbar or A/V receiver with an HDMI cable. Compared to the digital optical output, the transfer rate of the ARC connection is significantly higher, which is why you should choose this connection if you want to connect a soundbar or a surround system to the TV.

However, the ARC port also has its limits and can still transmit Dolby Digital and surround sound, but sound formats like Dolby Atmos or DTS:X require more bandwidth.

This is where the improved eARC connection comes into play, which is the next generation of the ARC connection and is an integral part of an HDMI 2.1 connection.

The biggest advantage of eARC is the significantly higher bandwidth and speed, which also allows sound formats like Dolby Atmos and DTS:X to be transmitted. All of this happens uncompressed, which is why the eARC connection should also be used if you want to experience the best sound on your TV.

USB ports are also found on most TVs, although 3.0 interfaces are only gradually being installed and 2.0 is still dominant here. The port is useful for various tasks and is probably most likely used for connecting an external hard drive to view photos or videos on the TV.

Another use is the USB recording function that many TVs offer. If an external hard drive or similar storage device is connected, shows or movies can be recorded and watched again later. Devices like the Amazon Fire TV Stick or a Google Chromecast are also connected via the USB port, so you can access streaming services or a voice assistant. What you should know about the Amazon Fire TV Stick.

However, hard drives usually need an additional power connection, since most USB ports do not supply enough power. This should be taken into account when connecting the device and a corresponding space in the socket should be kept free.

More and more TVs have the more modern USB 3.0 port installed, but the 2.0 port still dominates the TV industry. But how do the ports differ and which one brings more advantages?

Visually, you can easily differ between the two ports, because a USB 3.0 port is always colored blue on the inside, while the 2.0 versions are colored white or black.

Even though streaming services are becoming more and more extensive, most people still use their TV to watch the linear TV program. This usually comes via satellite (DVB-S2) or cable (DVB-C) into the house and onto the TV, which is why the connections are still present even in the most modern models. A port for watching TV via antenna (DVB-T2) is also still present.

While antenna and cable usually share one connection, the situation is somewhat different for satellite connections. Some devices make a difference between SUB and MAIN.

If you want to use an existing twin tuner function, lets say you watch one program and record the other, both connections must be used. If this is not used, the satellite cable must be connected to the MAIN port.

Smart TVs can be connected to the router wirelessly via WLAN, but a connection with a LAN cable is much more stable and also safer. This is because WLAN is often not fast enough or can be disturbed by other wireless networks.

WLAN signals are also more vulnerable to attack from hackers or other interference. All this is ineffective with a LAN network. However, you then have to make friends with the many LAN cables, even if cable ducts already provide a remedy here.

In addition, a WLAN connection is significantly slower. In households where countless devices such as laptops, smartphones, tablets, etc. are in the Wi-Fi network, the signal eventually weakens. Concrete walls can also weaken the signal or even disrupt it completely. This is not the case with a LAN connection.

An Internet connection is indispensable if you want to use various streaming services like Netflix or Sky.

In a world where everything now works wirelessly via Bluetooth, a headphone jack, also known as a 3.5 mm jack, is somehow unnecessary on a TV.

Nevertheless, it is still installed in modern TVs, which means that wired devices can also be connected. The prerequisite here is a very long cable, since you tend to sit further away from the TV.

However, there is an increasing tendency to eliminate this connection, which means that it will soon disappear in the graveyard of TV ports. The reason for this is also that headphones are increasingly becoming wireless.

A completely different audio output is the so-called Toslink cable, which transmits the sound from the TV to external speakers. This connection is especially a good alternative if there is no HDMI ARC or even HDMI eARC connection available. However, if the corresponding HDMI interfaces are available, it is recommended to use them. The digital-optical audio output can transmit 5.1 audio channels.

The CI+ slot is probably not relevant for many, since you can already watch enough content thanks to streaming services. However, you can watch paid private channels via CI+ connections – and in HD. The regular programming is usually only in SD quality, which is not quite up to date compared to the quality of Netflix and the like.

These programs are broadcast in encrypted form, which is why you have to purchase CI+ modules from various providers such as Vodafone, Telekom or Freenet. However, this saves on an HD receiver, among other things. This can also result in additional ongoing costs. 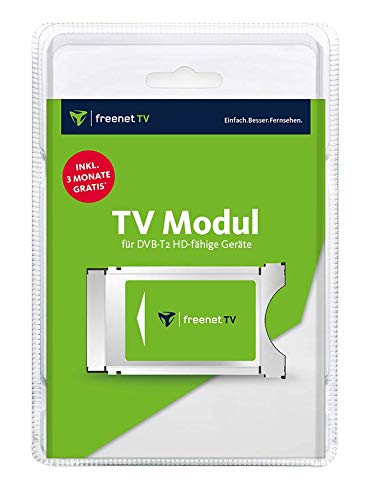 Analog connections such as component, composite or RCA can still be found on selected TV sets. However, they are becoming less and less important as current devices rely on digital connections.

If you still want to connect older devices to the modern TV ports of your smart TV, you can use an adapter. They are now available at a reasonable price, and connecting them is usually easy and hassle-free.

The component connector of your TV ports receives analog video signals and consists of a red, green and blue plug. We still know such a connector from the Nintendo Wii, but it has already been replaced by the Nintendo Switch with an HDMI connector. If the green plug is also yellow, the port can also be used as a composite port.

The composite port also receives analog video signals and consists of a red, blue and yellow port. All image information such as color or brightness is received via the yellow connector. Older cameras in particular still use the composite port.

While the composite and component ports transmit video signals, the RCA port is responsible for sound. It consists of a red and white plug and a separate RCA cable is necessary for it.

Set-top boxes can be connected via the IR Blaster port and controlled with the TV’s remote control.

These include Apple TV or Amazon Fire TV, for example, which provide additional content and often come with their own remote control. Learn how to connect your smartphone with your TV via the Amazon Fire TV Stick.

IR Blaster simply stands for infrared, which is how the remote controls communicate.

Do I need special cables or do they all come with the TV?

New TVs usually don’t come with any additional cables, which is why you have to stock up on them yourself. However, corresponding cables are often included with devices such as receivers or soundbars, which you can then connect directly to the TV ports. We have compiled a separate overview of the most important cables in the home theater.

Do I need a separate cable for HDMI 2.1?

Yes, as soon as the TV has an HDMI 2.1 port, you should also get a corresponding cable to guarantee high data transmission. Here, a certification as HDMI Ultra High Speed cable is essential. Older HDMI cables also work, but they cannot use all the specifications of an HDMI 2.1 connection.

A tv port is broken. Can it be repaired?

In case of a malfunction, you should always contact the manufacturer or the electronics store first. In most cases, the TV has to be sent in because entire PCBs usually have to be replaced. Whether this is a warranty case must be decided individually. If the antenna cable is broken, you can also use a receiver.

Why are some TV ports oriented to the side?

Hertz – The importance of the refresh rate
* Prices incl. VAT, plus shipping costs. Please note that prices shown here may have changed in the meantime. All data without guarantee. Most of the time, these are so-called affiliate links. If you click on such an affiliate link and buy through this link, we get a commission from the relevant online store or provider. The price does not change for you.
🔥The best OLED-TV Deal🔥
LG's 2022 all-round wonder Evo panel, great picture quality and perfect gaming performance
LG C2 evo OLED in 65 Inch