LG QNED99 MiniLED – The 8K flagship that can do everything?

The LG QNED99 is this year’s 8K LED LCD flagship from the South Korean brand that relies on mini LED backlighting. In combination with Full Array Local Dimming, it can achieve a remarkably high contrast. In addition, the QNED99 offers an 8K resolution, but that does not really add any value at the moment. But how well does the MiniLED technology work and can LG stir up the 8K market with it?

Due to the high-quality workmanship, the LG QNED99 MiniLED makes a very stable impression. It is almost completely made of metal and the very thin frame literally disappears. Furthermore, it is relatively thin at just under 4cm and the crescent-shaped stand, which is also made of metal, gives the TV a good grip, even if it wobbles slightly when you bump into it.

The stand is very large though, so you’ll either need a large TV bench or opt for wall mounting directly. The connections are aligned to the side or downwards, which makes plugging them in quite easy. The 75 and 85-inch variants can even be wall-mounted using the in-house “Slim Bracket” wall mount, which is available separately, allowing the set to sit almost flat on the wall.

Clips are available for neat cable management, allowing you to guide the cables to the stand and bundle them there. This way, you get a tidy setup. However, you should remove the clips when mounting the device on a wall, otherwise the TV cannot be mounted flat on the wall. 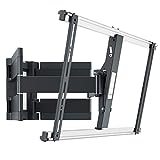 The 10-bit IPSIn-Plane Switching, type of LCD Panel panel of the LG QNED99 achieves a very good contrast of 6500:1 in combination with the Mini LED backlight and Full Array Local Dimming with its 1200 dimming zones at 65 inches. This can significantly improve the picture quality, which is otherwise rather mediocre with IPS panels. Therefore, the LG TV can definitely keep up with TVs with VAVertical Alignment, type of LCD Panel panels here and also display a deep black.

Home theater fans will get their money’s worth here, but not necessarily because of the 8K resolution. There is still very little native 8K content, but the upscaling works quite well and 4K content looks great. In addition, the LG QNED99 supports Dolby Vision IQDynamic HDR-format with a color depth of up to 12 Bits and Mastering of up to 10,000 Nits, which can adapt to the ambient brightness, which adjusts the picture to the ambient brightness. With a peak brightness of 1000Nits, it gets bright enough for most environments and it also handles most reflections well. However, blooming, a kind of glow around bright objects, can occur in dark scenes and the dirty screen effect is also visible in the center of the screen. The latter is particularly noticeable in sports events, such as soccer or field hockey, where large, monochrome areas can be seen.

The wide viewing angle is particularly inviting for watching with friends or family, which is a clear advantage of the IPS panel. However, you should avoid the place at the edge of the sofa because the colors still look washed out and dark at a very slanted angle.

The motion handling of the QNED99 is really convincing. Due to the low response time of ~3ms and the 120Hz panel, there is hardly any motion blur. However, the Black Frame InsertionProcess that inserts black “blank images” as intermediate images. This makes movements appear finer and clearer. feature can only be used at 60Hz.

The low response time also has a disadvantage, because stutters can occur. This is especially noticeable in slow scenes in movies and series. However, these can be eliminated by activating the Motion Interpolation Feature, which can lead to the so-called Soap Opera Effect. The intermediate image calculation works better in slower than in fast-moving scenes on the LG QNED99.

JudderInconsistent time frame due to the input frequency not mismatching the TV’s frequency (e.g. 24p via 60Hz) can be removed from all sources.

Gaming fun – but without VRR

Most LG TVs can score with excellent gaming features and are therefore popular among PlayStation 5 and Xbox Series X users. However, the LG QNED99 is an exception because it lacks an important feature: VRRVariable Refresh Rate – synchronizes the display’s refresh rate with the output refresh rate of the graphics card.

Nevertheless, the four HDMI 2.1 ports offer enough space to even connect both consoles at the same time, so you don’t have to keep plugging them in. A low input lag of ~6ms at [email protected] and the good motion handling also promise very smooth gaming fun. Furthermore, the Auto Low Latency Mode ensures that the input lag is kept as low as possible and the TV immediately switches to game mode as soon as a console is connected and turned on.

Xbox Series X gamers can also enjoy Dolby VisionDynamic HDR-format with a color depth of up to 12 Bits and Mastering of up to 10,000 Nits gaming, even at [email protected]. That is currently only the case with very few devices. 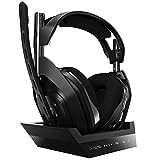 Solid sound on the LG QNED99

The 4.2 channel sound system with a total of 60W sounds better than expected. Dialogs are reproduced clearly and distinctly, sounds are balanced, and the TV also gets loud enough to convince in everyday use. Unfortunately, you can hear slight distortions at a very high volume, but they aren’t noticeable by everyone.

As with all flat-screen TVs, the LG QNED99 unfortunately lacks bass. Especially in action movies, you clearly notice that the built-in sound system is not sufficient and no real cinema atmosphere comes up. You should consider buying a soundbar or a suitable hi-fi system here.

However, it is positive that Dolby AtmosObject-based surround sound format with 3D-Sound from any direction is supported and the format can be passed on uncompressed via the HDMI eARC port. DTSMulti-channel-sound-system (Surround Sound) competing with Dolby Digital:X is unfortunately not supported. 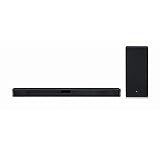 Smart TV thanks to WebOS 6.0

LG’s QNED99 MiniLED is well positioned with the WebOS 6.0 operating system, which runs smoothly and is intuitive to use. The dashboard looks tidy and is now also available in full-screen mode, although you have to get used to ads. However, that is now the case on almost all devices.

The app store is huge and leaves nothing to be desired. All common streaming services are available, and the most popular ones are even preinstalled. You can use the new Magic Remote to control the menu classically or via hand gestures, which works very precisely. If you prefer to use a voice assistant, you can use Google Assistant or Amazon’s Alexa; both are already integrated in the device. Apple users can also look forward to Airplay 2 support and Apple’s HomeKit.

LG ThinQ turns the QNED99 into a smart home control center. Other smart home applications can be controlled via the dashboard, which can be operated with the Magic Remote.

New technology that makes a difference

The LG QNED99 is a good 8K TV that benefits from the Mini LED backlight. This is because the built-in IPS panel in combination with Full Array Local Dimming achieves a good contrast ratio of 6500:1 and deep black levels. In combination with Dolby Vision, the HDR performance is really great and fans of good movies and series will have a lot of fun. Sports fans should rather look for another device, though, since the dirty screen effect can tarnish the experience too much.

In the gaming sector, the QNED99 also cuts a good figure with four HDMI 2.1 ports, even if a VRR is missing. The LG QNED90 does better here, as it has the full gaming package. However, the QNED99 does offer one plus point: Xbox Series X users get to enjoy Dolby Vision at [email protected], which really isn’t the case with many devices.

Whether you need an 8K resolution is an individual question that you have to answer for yourself. Because currently, content is predominantly available in 4K and hardly in 8K. Furthermore, the double-blind study also shows that many people would not recognize the difference. There are clearly better 4K models at a lower price here.

Comparisons with the LG QNED99 MiniLED currently in progress.
Compare yourself! New