The Sony X85J is a 2021 mid-range UHD Google TV. It is the next most expensive model to Sony’s X80J and accordingly the cheaper equivalent to Sony’s X90J. It wants to convince with its gaming features like the available HDMI 2.1 interfaces and its great picture quality. Thus, it wants to establish itself as an all-rounder and offer something for everyone, but how does it perform in other categories and is the price justified?

Design of the Sony X85J

The simple design of the X85J suits it really well and it looks very modern. The feet have a familiar look and they look very similar to other Sony TVs. They are located far to the outside and thus take up quite a lot of space, which means that the TV’s storage area has to be correspondingly large. The stands also offer the possibility of guiding cables along them with the help of cable holders.

All cable ports are on the left side of the TV and these also point to the side. This makes the Sony X85J ideal for wall mounting, as all cable inputs are still easy to reach. This also addresses the problem of needing a large storage area if you decide against wall mounting. 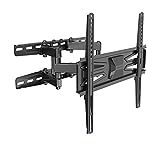 Sony TVs are known for their color accuracy and the Sony X85J is no exception. The color accuracy is very good, which makes the picture look like the creator intended. And the high contrast of the built-in VAVertical Alignment, type of LCD Panel panel also ensures that deep blacks can be displayed despite the lack of local dimming. However, this is also where the weakness of the Sony X85J becomes visible, because VA panels tend to have very limited viewing angles, where the picture does not lose quality. This is also the case with the X85J, and thus watching with several people or a wide seating area is not recommended.

In order for HDRHigh Dynamic Range – image/video with more dynamic range (contrast range) content to be displayed impressively, a wide color gamut is required and the Sony X85J does not disappoint here, as it can display colors vibrantly and saturated — even better than the X90J.

In bright rooms, a TV has to stand up to the present lighting conditions, and the X85J can do just that. It gets bright enough to withstand reflections and that again makes for a more impressive HDR experience.

The response time should be important for all sports fans or gamers. It tells how long it takes for a pixel to change from one color to another. This plays a big role for the display of movements, thus for motion handling.

The Sony X85J has a good response time, so it always displays movements smoothly, but this fast pixel change can also lead to slight motion blur.

The 120Hz panel with its flicker-free backlight can remove judder from all sources and the motion handling should not provide any room for criticism.

In content with a low frame rate, for example, slow camera pans can cause judder in the picture. The X85J does not have any problems here, as it automatically removes judder from 24fps content, which means that movies are always smooth, since they are usually filmed in 24fps.

Equipped with HDMI 2.1 and more in the future

Input lag is crucial for a responsive gaming experience. If it is too long, then there is a clear delay between the input on the controller and the respective action in the game. Here, there should be no problems with the X85J, as it has an outstandingly low input lag.

The TV has two HDMI 2.1 interfaces, making gaming in [email protected] possible. This feature is fantastic if you plan to connect the TV to new gaming consoles.

Furthermore, the TV has an Auto Picture Mode, which is the equivalent of Auto Low Latency Mode, but this is only available for the Playstation 5, which should annoy all Xbox Series X owners.

A Variable Refresh Rate feature, which allows the TV to synchronize its refresh rate with that of a gaming console and reduce Screen Tearing, is unfortunately not yet available on the Sony X85J. However, it has been announced that this feature will be added in a later firmware update. However, it is still unclear when and if this will happen.

With this, you can start right away!:
PlayStation 5 Console
Go to offer

Average sound - but it can be optimized

Anyone familiar with TVs will notice over time that the native sound of most speakers is far from outstanding and usually lacks bass. The Sony X85J is no exception. It does have really useful gimmicks like Acoustic Auto Calibration, which detects where the viewer is sitting and then adjusts the sound accordingly, but the built-in speakers don’t provide an outstanding sound experience.

However, if you want the best sound experience, there’s no way around a soundbar or a complete Hifi system. This can also be easily connected via the available eARC interface, which allows uncompressed audio to be forwarded to a compatible receiver. It should be noted that the eARC interface is also the HDMI 2.1 interface, which leaves only one HDMI 2.1 port free.

For the necessary bass:
Bose TV Speaker
Go to offer

Google TV - With many smart features

2021 Sony TVs use the new Google TV, which is an improvement over Android TV. Navigation is simple and smooth. The remote control is the same as on most 2021 Sony TVs. It is large and it has quick launch buttons for the most popular streaming services, namely YouTube, Netflix, Disney+ and Prime Video.

Furthermore, there is also a button to use the integrated microphone, which makes it easy to control the TV that way. The voice assistants Google Assistant and Alexa, as well as Apple Airplay and Apple Homekit are also available, so there is nothing to complain about when it comes to smart features. 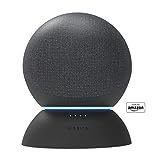 The Sony X85J is a solid TV that can display deep blacks thanks to its good contrast, which is especially impressive in a dark environment. However, the brightness is also good enough not to suffer any loss of picture quality in bright rooms. The X85J also doesn’t do badly with HDR content thanks to its wide color gamut, which also clearly differentiates it from SDR content. The gaming crowd should also be satisfied, as the TV has a low response time, two HDMI2.1 interfaces, and minimal input lag. However, it should be noted here that the VRR function will only follow in a later update. The biggest drawback of the Sony X85J is its poor viewing angle, which makes it unsuitable for wide seating areas or for multiple people. Ultimately, the Sony X85J does well in every category, but it’s not good enough in any category to stand out from the competition, especially considering the price.

Viewing Angle
Picture quality when sitting at an angle to the TV - Also relevant when sitting very close in front of a large TV.
39%
Sony X85J 55"

SDR Image Quality
Picture quality when viewing material in SDR, i.e. anything that is not HDR.
76%
Sony X85J 55"