Nowadays, almost everyone has a smartphone in their pocket, which means the whole world is open to them. Of course, there are also corresponding streaming apps for iPhone and the like on the cell phone so that you can enjoy your favorite series and movies on the go. But big blockbusters don’t look that great on a small screen and maybe you own a smartphone but not a smart TV yet? Here there is the great possibility to connect the smartphone with the TV to also share private pictures or videos with others on the big screen.

What do I need for streaming?

Of course, streaming won’t work if you don’t have the essentials. First of all, you need a smartphone and a TV that has at least one HDMI port. Then, of course, you need a working Internet connection. A flat rate connection is best here, so you pay a fixed amount per month. Anything else can quickly become too expensive if you want to stream a lot.

In addition, the icon shown on the right is an indicator in various apps that the current content of the smartphone can be streamed on the TV.

In this article, we use the term streaming to the act of bringing the content displayed on your smartphone to your TV. You can find an article on the “other” streaming with Netflix and the like in our knowledge base. With mirroring, the entire smartphone surface is displayed on the TV.

How to connect a smartphone to the TV?

There are now various options that work with or without cables. Smartphones with the Android operating system are a bit further ahead here, since they can be used more diversely. Not all of the options listed here are successful for the iPhone. We will show you the different options and start with the most common one: Miracast.

With Miracast, the screen of the Android smartphone is displayed directly on the TV. The device works comfortably without cables, but both smartphone and TV set have to be compatible. Nowadays, all common TV models are Miracast-compatible and if that is not the case, there are corresponding receivers that can be connected to the TV via an HDMI port.

Miracast is technically based on Wi-Fi Direct and is one of the open standards compared to Apple’s AirPlay, for example. No complete integration into the network is necessary for a transmission between smartphone and TV, since both Miracast-enabled devices communicate directly via Wi-Fi. 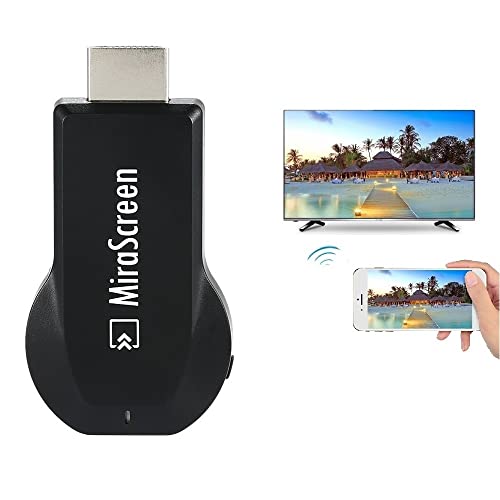 You can now select the subitem connected devices or other connections via the settings menu item on the smartphone. This varies slightly from manufacturer to manufacturer. Here, you can select Streaming or Wireless projection. Then select the device on which you want to mirror your smartphone.

Unfortunately, if you own an iPhone, Miracast won’t work. However, there are then other ways to connect your iPhone to the TV, which we show you below. Also, the transfer rate is limited to 1080p (Full HD) with 5.1 surround sound.

You can now start streaming the screen via the Google Home app, and when you’re done, you end the transmission in the same app. Your smartphone or tablet acts as a kind of remote control. This is not a direct mirroring, but rather a transfer of media content to the TV. The transfer rate is also limited to Full HD, but there is also a Google Chromecast that supports 4K.

Another wireless option is the connection via DLNA. The abbreviation in this case stands for Digital Living Network Alliance and allows transferring content from the smartphone to the TV. To use the service on an Android device, the app BubbleUPnP is required. After installing the app, nothing stands in the way of transferring all media files from the smartphone to the TV.

A disadvantage here is that often only limited functions are available. For example, it can happen that fast-forwarding and rewinding videos does not work.

One option that is especially interesting for iPhone and iPad users, but also a bit more expensive, is Apple TV. The device is connected to the TV and after the setup, you can start watching.

The AirPlay function now transfers content from the iPhone or iPad to the TV. The same applies to other media content like photos or personal videos. Depending on the selected device, the transmission is limited to Full HD, but the more expensive devices also support 4K.

One advantage of Apple TV is that it expands your own Apple ecosystem if you already use a Mac, an iPhone and an iPad anyway. It also gives you access to Apple’s own series and movies with Apple TV+, but you can only use them with a corresponding subscription. The same applies to Apple Arcade, Apple Music, and Apple Fitness+, which also require a separate subscription.

With screen mirroring, the entire smartphone screen is mirrored on your TV. On the Android smartphone, you first have to drag the taskbar down and tap the icon for screen mirroring. Again, both the smartphone and the TV must be on the same network for mirroring to work. As with Miracast, the devices communicate with each other via Wi-Fi, so no Wi-Fi router is necessary.

Android devices are detected immediately if it is a corresponding smartphone and an Android TV. If the TV is not recognized directly, you can also activate the Scan option. Samsung smartphones already have the Smart View function preinstalled, which makes the process even easier.

With the iPhone, an AirPlay-compatible TV and a corresponding app on the smartphone are required. The Airbeam app is a good option here. If all this is given, the two devices must also be in the same network and now you only have to select the TV. The displayed AirPlay code must be entered on the iPhone or iPad, which finally connects the two devices. With the Apple TV, the whole thing happens almost automatically.

If you still want to connect, you have to activate the Duplicate Screen option in the Sounds and Screen menu on the Amazon Fire TV Stick.

On the Android smartphone, the Screen Mirroring function has to be selected, which can either be found under Settings and Connections or by dragging the taskbar down. Finally, the Amazon Fire TV Stick should appear here and can be controlled. 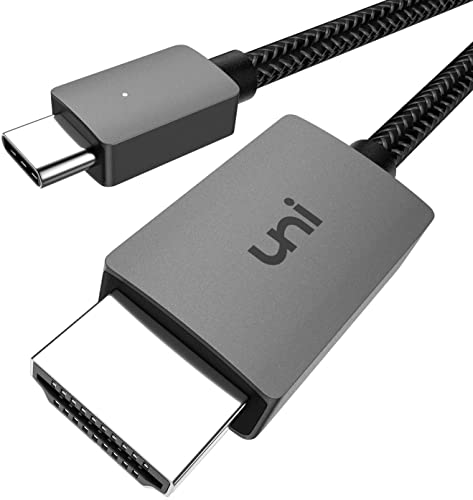 A wired solution is the connection via an MHL cable. This way, you can easily connect the smartphone to the TV and start streaming immediately. The cable also supplies the smartphone with power directly, so the battery does not run down during a movie.

Another advantage is that the smartphone can receive HDMI-CEC-based control commands from the TV. This allows you to use the TV’s normal remote control, which makes it possible to cozy up on the sofa.

However, one disadvantage is that the transmission does not always work smoothly, and the transmission is also limited to Full HD here. Apple users also usually need a separate adapter to connect their smartphone or tablet to the TV.

FAQ – Frequently asked questions about streaming from smartphone to TV

Do I need streaming if I already have a smart TV?

Not necessarily. Today’s smart TVs have all the streaming apps, which actually eliminates the need to stream from your smartphone to your TV. However, if you have a non-smart TV and don’t have the option to upgrade, the streaming feature is a great way to still have access to Netflix & Co – and in large format!

Streaming is also a good alternative if you can only access the Internet via your smartphone. This can be the case on vacation, for example, when you don’t understand or want to watch the local broadcasts. However, you should keep an eye on your smartphone tariff at all times.

Theoretically, all media content that can be viewed on the smartphone is possible. This includes self-made videos or pictures, as well as apps like YouTube and Twitch.

Of course, the streaming services Netflix, Prime Video or Disney+ are also streamable. To do so, you simply select the corresponding icon during the current show and surrounding devices are displayed with which you can connect.

When mirroring the smartphone, all other apps on the smartphone can also be used. Meanwhile, there are also various games that can be played through a broadcast on the big TV. By the way, while you use the streaming option you can still use your phone to scroll through your Twitter feed or read your emails.

I have misplaced my remote control. Can I use my smartphone then?

Yes! Meanwhile, there are a lot of apps that can replace the remote controls of various TVs. To do this, you need to find out the TV model or download an app with a universal remote control. In the respective app, you finally have to connect the smartphone to the TV and you can now happily continue watching movies and series.

Of course, you can also use this option if you want to combine several devices in one remote control. It is often the case that you cannot keep track of all the remote controls, which is why a single one on the smartphone can be useful.

Searching for the
Best TVs 2023 ?
Other articles from category Practice & Guides

Recycling your old TV – What do I need to know?

Ambilight Do-it-yourself!
* Prices incl. VAT, plus shipping costs. Please note that prices shown here may have changed in the meantime. All data without guarantee. Most of the time, these are so-called affiliate links. If you click on such an affiliate link and buy through this link, we get a commission from the relevant online store or provider. The price does not change for you.
🔥The best OLED-TV Deal🔥
LG's 2022 all-round wonder Evo panel, great picture quality and perfect gaming performance
LG C2 evo OLED in 65 Inch