The LG NANO75 is the latest addition to LG’s NanoCell TV lineup. As a 4K TV, it is located in the lower price category and is therefore especially attractive for beginners. But can the TV also impress with its performance apart from the price?

The 65-inch size, which we will focus on in this article, has an ADS panel instead of a VA panel. ADS panels are very similar to IPS panels and function in the same way.

The LG NANO75: Less is more

The design of the LG NANO75 is quite simple. Its slim frame and the back are made of metal, which gives the TV a certain high-quality look. The 65-inch model comes with two stands on the left and right side, which provide enough stability. Alternatively, the TV can also be mounted on a Gallery stand, which LG offers separately.

Thanks to two hooks on the back of the TV, there is no annoying cable tangle. However, with these two hooks, the LG NANO75 measures a total thickness of 6.8 centimeters. 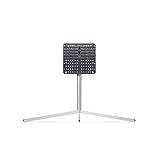 Turns the living room into a gallery:
LG Gallery Stand
Go to offer

Hardly any differences between SDR and HDR image quality

In terms of picture quality, the NANO75 quickly reaches its limits, which is caused by the built-in 60Hz 10-bit ADS panel. Although this ensures a wide viewing angle, it does have the typical problems known from IPSIn-Plane Switching, type of LCD Panel panels. Thus, the TV has an insufficient black uniformity and cannot display rich, dark colors. This is also due to the miserable contrast values, as the NANO75 only achieves a contrast of 950:1, which makes dark scenes look rather bluish. Likewise, the LG NANO75 does not offer features like local dimming, which is why it is only partly suitable for the use in dark rooms.

Based on the NanoCell technology, which is supposed to refine the displayed colors, LG advertises a vivid, realistic picture. Indeed, most colors are displayed intensely and correctly by the LG NANO75. The handling of color gradients also deserves positive mention: There is hardly any striping due to an additional function for smoothing color gradients.

The LG NANO75 supports HDR10HDR10 Media Profile – HDR with a color depth of 10 Bit in the Rec. 2020 colorspace, but you cannot expect an impressive HDRHigh Dynamic Range – image/video with more dynamic range (contrast range) experience from it. The main reason for this is its poor peak brightness of just 270 nitsSI unit of luminance: 1 nit = 1 cd/m2 – The best way of measuring and comparing a TVs brightness  . In addition, most scenes are displayed darker than they should be. The only positive aspect is that bright highlights are not dimmed because brightness is reduced early on – long before the peak brightness is reached.

Concerning the SDRStandard Dynamic Range – image/video with a conventional gamma curve (opposite: HDR) – “normal” videos picture quality, the same problem exists: Brightness is lacking here as well, which makes it difficult for the TV to fight reflections and mirroring in bright rooms.

To make movements appear smoother and more natural, LG’s NANO75 has an optional function for Motion Interpolation. However, blurring occurs when using it, especially in fast scenes. Furthermore, 60fps content cannot be interpolated due to the 60Hz panel.

Generally, the LG NANO75 has a good Response TimeTime it takes for a pixel to change color of about 6ms, which is also slow enough to hardly create any StutterStatic Frames being displayed too long on the screen – no fluid motion. JudderInconsistent time frame due to the input frequency not mismatching the TV’s frequency (e.g. 24p via 60Hz) is also removed – but only from certain sources. For example, the TV can’t remove Judder from sources that send a 60p/i signal, which is the case with many cable boxes and streaming sticks.

To dim the backlight, the TV uses pulse-width modulation. This results in flicker at all backlight settings. The low flicker frequencyHertz is the derived SI-unit of frequency with 1Hz=1/s – When talking about TVs this means how many different pictures a TV can display in one second. of 120Hz leads to visible duplications during movements, which can be very distracting.

Nothing to complain about, but nothing special either

The gaming equipment of the LG NANO75 is rather limited: The TV does not support HDMI 2.1, nor are there other features like VRRVariable Refresh Rate – synchronizes the display’s refresh rate with the output refresh rate of the graphics card. Due to the 60Hz ADS panel, gaming is only possible at a frequencyHertz is the derived SI-unit of frequency with 1Hz=1/s – When talking about TVs this means how many different pictures a TV can display in one second. of 60Hz. The benefits of the latest consoles – such as the PS5 or the XBox Series X – can thus not be fully exploited.

Nevertheless, the TV has a good Response TimeTime it takes for a pixel to change color and low Input LagTime it takes for the input signal to appear on the screen (delay) because the Auto Low Latency Mode (ALLMAuto Low Latency Mode – Automatically detects connected consoles and keeps input lag as low as possible.) ensures a smooth, synchronized output. At [email protected]+HDRHigh Dynamic Range – image/video with more dynamic range (contrast range), the Input Lag is around 10ms in the so-called ‘Game Mode’.

The NANO75’s 20-watt sound system delivers a solid audio quality. Thanks to a high low-frequency extension (LFE), you can almost hear no thump or rumble in low tones. Even above the LFE, the frequencyHertz is the derived SI-unit of frequency with 1Hz=1/s – When talking about TVs this means how many different pictures a TV can display in one second. is well-balanced, which results in clear dialogues. Also, the sound gets decently loud, with just a bit of compression and some delay at high volumes.

An unusual feature: Despite the lack of a HMDI 2.1 port, the TV supports eARC, which allows the transmission of uncompressed Dolby AtmosObject-based surround sound format with 3D-Sound from any direction. Thus, in theory, it would be possible to provide impressive audio quality with an additional soundbar. The emphasis here is on theory, because in practice, many of the common audio formats that are normally transmitted via eARC are not supported by the NANO75 – including Dolby Atmos. That means, the eARC support is pointless after all.

The NANO75 as the Control Center of your Smart Home

Just like its more expensive competitors from LG, the NANO75 features LG’s webOS 6.0 operating system. Thus, it comes with a huge selection of apps and fans of streaming will be fully satisfied. Furthermore, the TV supports LG ThinQ AI, in which voice assistants like Amazon Alexa and Google Assistant are already integrated. This feature allows you to not only control the TV itself by voice, but also other smart devices using the LG NANO75.

Apart from that, the NANO75 has a single triple tuner that can receive analog and digital channels. It also allows television recordings and Timeshift. 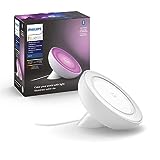 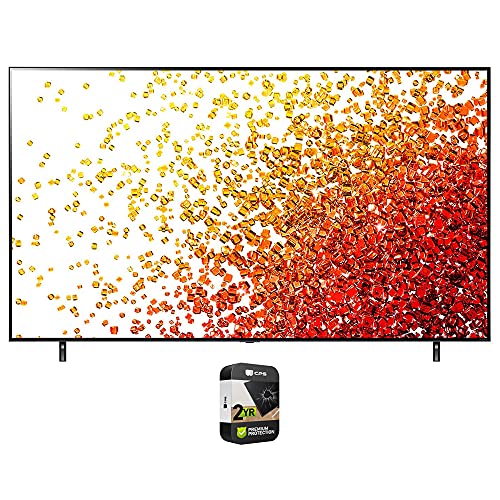 The 50-inch size of the NANO75 uses a VA panel instead of an ADS panel. This results in a narrow viewing angle, but the black uniformity and contrast are much better. 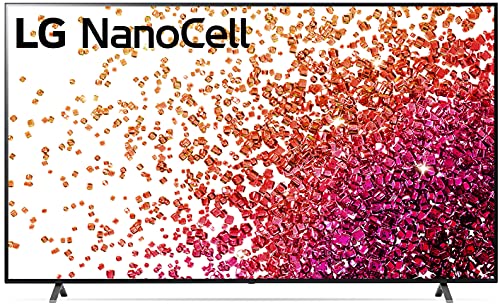 LG’s NANO75 offers an inexpensive entry into the world of 4K TVs. While the advertised NanoCell technology and features like eARC support seem attractive at first glance, the implementation is flawed. The intensity of the colors might be good, but the HDR performance is far from a home theater atmosphere due to poor contrast values and too little brightness.

In the end, you can get other TVs with a better picture quality in the same price range, such as the Samsung AU8079. And those who would rather have it even cheaper can get a similar model from LG, the LG UN7100, for a smaller price.