Recommend via WhatsApp
57%
Our conclusion

When it comes to new TVs in 2020, the South Korean manufacturer Samsung is of course one step ahead. The new generation of televisions comes with devices for beginners and enthusiasts, from which we would like to introduce the Samsung TU8000. It replaces the Samsung RU8000 from 2019, at least according to the classification as “Crystal UHD TV”, and brings a few changes – but some things have remained the same. On tvfindr you will find all the information you need to decide whether this TV is for you – or not.

Build quality of the Samsung TU8000

The Samsung TU8000 has a very nice, modern design with a stable stand and high-quality finish. Its angular, slate-black edges create a neutral yet futuristic impression that blends into any living room. Moreover, the edges are very thin, so that they do not distract from the image itself. The feet do not need to be screwed in, but are simply pushed into the TV. This makes installation extremely easy. Of course wall mounting via VESA mount is also possible. 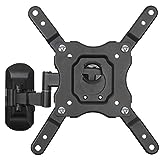 Good picture in a dark environment

Thanks to the built-in VA panel, a good contrast ratio of 6400:1 is achieved, which is particularly effective in darker rooms. Nevertheless, it has to be mentioned here that the TU8000 is a TV aimed at beginners. It is ideal for occasional movie nights and afternoon TV. Advanced features such as local dimming and a higher brightness are sought in vain.

However, the VA panel also means that the color fidelity decreases when viewing the TV from the side. The viewing angle is therefore limited. So if you are looking for a TV for a darker room (or a room that can be darkened with curtains) with a straight viewing angle, but don’t want to spend too much money, this tv is a good choice.

Besides, the TU8000 does not have a wide color gamut. In combination with the limited brightness, this means that HDR content won’t look very impressive.

As the previous series has already made clear, Samsung has motion handling on top. The response time is very low at around 5.2 ms, which means that fast-moving objects hardly leave a veil. In addition, the backlight flickers at 600 Hz, which is almost invisible to the human eye. It’s different in Game Mode: The background flickers with 120 Hz here, which is hardly visible to the human eye.

The remaining special features are reserved exclusively for the higher-quality models, though. The TU8000 can’t remove Judder, doesn’t have variable refresh rate, and can display content with a maximum of 60 Hz. After all, it can interpolate content with a few frames to 60 Hz.

Console fans will definitely have fun with the Samsung TU8000. With the Xbox One X as well as PS4 Pro delivers an immersive 4K gaming experience, which should provide several hours of gaming fun for those who don’t need to be 100% on the pulse of the time. However, if you are looking for the latest and best and plan to get a Playstation 5 or Xbox Series X, this TV won’t be enough. 8K gaming, 4K @ 120 Hz, Variable Refresh Rate for gaming without tearing – the TU8079 doesn’t offer all this because it doesn’t support HDMI 2.1. However, this cannot be held against the TV, even in view of the price.

The input lag is extremely low at ~10 ms and the gaming features are very user-friendly thanks to the Auto Low Latency Mode, as there’s no need to manually switch to Game Mode. This is often the case with cheaper devices from other manufacturers. The ALLM is activated automatically as soon as a connected console is switched on.

If you activate the HDR in the console, the input lag of the TU8000 increases to almost 30ms. This is still a value that most gamers don’t notice, but since the HDR performance is limited on this Samsung TV anyway, we would simply advise against using HDR in gaming. For this you should at least use a QLED Q80T from Samsung. It not only has HDMI 2.1 but can also offer a lot more because of the FALD and the Wide Viewing Angel layer.

However, one should perhaps mention at this point that the TU8000 has an analog video input. This would give you the possibility to connect older consoles easily, interesting for the retro gamers among us.

Solid sound, but not meant for enthusiasts

As with previous years’ models in the same price range from Samsung, the sound is good enough for evening movies or afternoon TV, but enthusiasts will definitely not be satisfied. The 20W speakers are loud enough in the mids and trebles and sound halfway balanced, but lack bass and low bass.

Those looking for an impressive home cinema experience should consider adding a soundbar to their setup. However, it should be noted here that Samsung TVs only support Dolby Digital Plus – no DTS here. Fortunately though, it supports Dolby Atmos via Dolby True-HD because of the HDMI eARC input.

Like all Samsung TVs 2020, the TU8079 runs with the smart interface Tizen 5.5, which enables a number of smart features: Apple AirPlay 2, Samsung Bixby as well as support for Amazon Alexa and Google Assistant- whereby the two latter require a third device. What is unfortunately missing are features like PVR, time shift and a twin tuner.

The TU8079 also supports a number of the latest streaming services. These include Netflix, Amazon Prime Video, Disney+ – which are even pre-installed. Samsung has also thought about Smart Home with this model – unlike last year’s model. Thanks to Samsung Smart Things, the 4K TV functions as a control centre for all intelligent applications, which can be controlled using the normal Remote supplied.

Update: It has been revealed that there is a way to block annoying ads on Samsung Smart TVs: To do so, add the two URLs ads.samsung.com and samsungads.com to the Internet router’s blocking list – and the advertising should finally disappear.

The most affordable Samsung TV gets an update

Every year new 4K TV are launched and regularly the latest and best arrives on the market. However, Samsung does not let the opportunity be taken away to “improve” the more affordable end of the lineup. But we are not sure if the South Koreans have succeeded in doing so. If you’re looking for an affordable Smart TV for darker surroundings with a straight viewing angle, the TU8000 is definitely a good solution. You don’t actually have to do without anything in the Tizen OS. The Samsung TV supports everything from Netflix to Disney+ and fits seamlessly into your smart ecosystem. As far as HDR or next gen gaming is concerned, though, you shouldn’t expect too much. Samsung TU8000 (55")
vs
Samsung QLED Q60T (55")
Go to TV Comparison
Are you interested in the Samsung TU8000?
Then benefit from its discount price now!
Price too high? The best deals
every Friday in your email inbox!

Alternatives to the Samsung TU8000

Samsung RU8000
The predecessor of the Samsung TU8000

The Samsung RU8000, which also forms the link between the RU7100 and the Q-series, was released last year. In contrast to the RU8000, the TU8000 offers better smart features, but if you can do without it and find the RU8000 at a good price, you definitely won’t go wrong.

The Sony X800H is a similarly priced TV with an IPS-Panel. Therefor it only has a contrast ratio of 1100:1 and worse black levels. The IPS-Panels advantage is its wider viewing angle though. On top of that it gets much brighter and can remove Judder from 24p content. It uses the Android Smart TV platform. The TU8000 might have the better picture quality in a dark room, but the combination of the X800H’s advantages make it a much better pick for watching sports especially with a group of people. The Samsung Q60T, as the most affordable 2020 QLED, is moving closer to the entry-level models than was previously the case. The Q60T has of course the Quantum Dot layer and thus also a wide gamut. It also has a slightly deeper black because of the dual LED technology and it comes with a higher brightness. So it has an advantage with HDR material. The Samsung UN55TU8000FXZA has 3 HDMI 2.0 inputs but no HDMI 2.1 input, an HDMI eARC, 2 USB 2.0 ports, a digital optical TOSLINK output, an analogue video input e.g. for older gaming consoles and just a Single Tuner.
The Samsung TU8000 is dimensioned without stand as follows (WxHxD):
Best Samsung TV Settings – Explanation & Recommendation
The Samsung TU8000 is compatible with the following wall mounts:
The Samsung TU8000 costs as follows:
* All prices are in USD incl. VAT, if necessary plus shipping. Interim changes of prices, ranking, delivery time and costs are possible. Last update 2021-01-05 07:53:13
The Samsung 55TU8079
is on sale!