If you are looking for a mid-range 4K TV for bright rooms and do not want to miss a wide viewing angle, you will soon come across LG’s NanoCell series. The three models of the series vary quite a lot in price, which of course raises the question whether the next more expensive NanoCell is really worth the extra charge. Therefore we compare the NANO90 with the NANO85 in this article and see if there is really a serious difference between the two TVs. 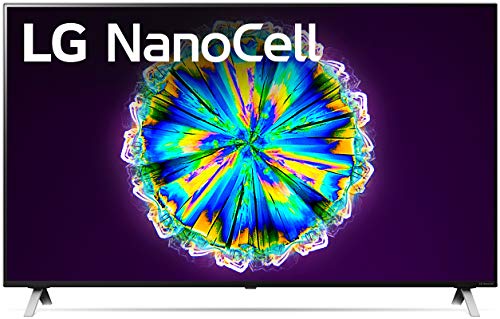 LG NANO85 and NANO90 compared – Which TV is better? Our conclusion:
Similar performance, just a little bit better in most respects

The NANO85 and NANO90 are very similar due to the IPSIn-Plane Switching, type of LCD Panel panel used. Both have a wide viewing angle and can deliver their best picture quality in brighter rooms. In dark rooms, however, the performance is rather mediocre, even though the NANO90 is somewhat superior here. Due to full array local dimming and higher brightness, it has a better picture quality, which is probably the most important argument for the NANO90. In terms of motion handling and gaming performance, both are similarly well positioned – including the HDMI 2.1 interface and the 120Hz panel. The bottom line is that the NANO90 is clearly the better TV, which is worth the extra price. But if you are looking for an entry-level TV for next gen gaming with a wide viewing angle, which is mainly used in brighter rooms, you cannot do wrong with the cheaper NANO86, because both Playstation 5 and Xbox Series X can take it to the max – at least when it comes to SDRStandard Dynamic Range – image/video with a conventional gamma curve (opposite: HDR) – “normal” videos gaming.

More about the LG NANO90
* Prices incl. VAT, plus shipping costs. Please note that prices shown here may have changed in the meantime. All data without guarantee. Most of the time, these are so-called affiliate links. If you click on such an affiliate link and buy through this link, we get a commission from the relevant online store or provider. The price does not change for you.
The following comparisons might also interest you:
🔥The best OLED-TV Deal🔥
LG's 2022 all-round wonder Evo panel, great picture quality and perfect gaming performance
LG C2 evo OLED in 65 Inch