LG’s NanoCell series and Samsung’s QLED series are eternal competitors when it comes to the mid-range TV segment. The respective characteristics of the series differ immensely, so you should consider which TV you want to buy. When looking for a new TV, these two series are constantly being encountered, so we’ll compare two similarly powerful models here, namely the Samsung Q80T and the LG NANO90.

Samsung Q80T and LG NANO90 compared – Which TV is better? 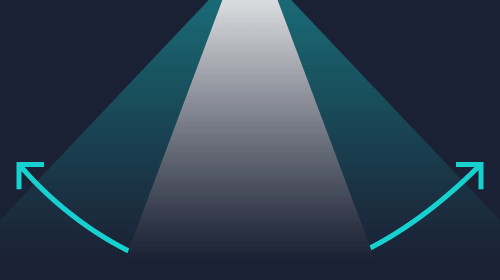 Our conclusion:
Q80T: The obvious winner

The bottom line is that the performance of the Samsung Q80T QLED is definitely better than that of the LG NANO90. Thanks to the VAVertical Alignment, type of LCD Panel panel, the picture quality in dark rooms is more beautiful, due to the higher contrast ratio and the deep blacks – but this is a weak point in all TVs with an IPSIn-Plane Switching, type of LCD Panel panel. In bright rooms, the picture quality is quite similar, which is due to the Q80T’s higher peak brightness and the even better reflection handling. Unfortunately, the NANO90 shows the dirty screen effect. This is particularly annoying in scenes with large areas of the same color, such as a football field – but under normal conditions, this effect is not quite as noticeable. Next Gen Gaming with PS5 or Xbox Series X is a great experience on both devices, as they have all the features that enrich the gaming experience.

When playing a FIFA tournament with friends, neither TV has an unfair disadvantage of fading colors when viewed at an angle. The Q80T also performs better in this respect, but under most conditions the difference is not really noticeable.

As you can see, the Q80T is the better device in almost every category. Except the missing Dolby VisionDynamic HDR-format with a color depth of up to 12 Bits and Mastering of up to 10,000 Nits there is hardly anything, where the NANO90 performs better.

You want to support us?
Donate with Paypal
Samsung QLED Q80T 2020

More about the LG NANO90
* Prices incl. VAT, plus shipping costs. Please note that prices shown here may have changed in the meantime. All data without guarantee. Most of the time, these are so-called affiliate links. If you click on such an affiliate link and buy through this link, we get a commission from the relevant online store or provider. The price does not change for you.
The following comparisons might also interest you:
🔥The best OLED-TV Deal🔥
LG's 2022 all-round wonder Evo panel, great picture quality and perfect gaming performance
LG C2 evo OLED in 65 Inch