The Samsung QN90A is the flagship of the new 2021 4K Neo QLED series and is supposed to challenge the OLEDs of arch-rival LG, which still set the tone in the high-end segment. In 2021, more and more manufacturers of LCD-LED TVs will rely on the much smaller Mini LEDs that are used in the backlight. This potentially has some advantages, which we will discuss in more detail in the picture quality chapter. But will this technological leap be enough to overtake OLEDs?

In addition to some positive features in picture quality, the new mini LED backlight also brings the advantage of being significantly smaller than ordinary LEDs. This makes the overall depth even smaller, making the QN90A even slimmer than its 2020 predecessor, the Q90T, already was.

The overall design is really elegant, which is further emphasized by the TV’s narrow frame. In conjunction with a suitable wall mount, VESAThe Video Electronics Standards Association (VESA) defines standards for the TVs wall mounting measurements. or Samsung’s Slim Fit wall mount, it also cuts a premium figure when mounted on the wall.

But the center-mounted pedestal stand also makes a high-quality impression and is reminiscent of the stand of the Q90T. Also like the predecessor models, the stand is made of metal and quite heavy, which supports the TV well. However, as is always the case with centered stands, the QN90A wobbles slightly when bumped.

There are recesses in the back of the TV and the stand that allow for neat cable management. In contrast to the European model QN95A the US Version QN90A does not have the One Connect Box.

Do the small LEDs make the difference?

Like its QLED ancestors, the Neo QLED QN90A also uses a VAVertical Alignment, type of LCD Panel panel, which produces a terrific contrast ratio of 26000:1 and thus deep and even blacks can be displayed.

Normally, however, this type of panel has a rather narrow viewing angle, which is enormously extended in the QN90A by Samsung’s Ultra Viewing Angle layer. Therefore, even slanted viewing angles do not cause it any problems.

In addition, reflections are minimized by an anti glare coating, which also gives the TV a big advantage in brighter surrounding or with light sources in the room. Samsung shows all their know-how here – there are only a few in this field that can rival the QN90A.

The mini LEDs used do not only have a positive effect on the contrast ratio. Since considerably more LEDs can be accommodated in the backlight, it is hardly surprising that the QN90A can become exceedingly bright.

It reaches a peak brightness of 1800Nits when displaying HDRHigh Dynamic Range – image/video with more dynamic range (contrast range) material, which is easily enough to display even very bright and delicate highlights well. Due to this and the very wide color space, HDR material is presented excellently overall – even in bright surroundings.

In addition, more LEDs can also be divided into more dimming zones. Thus, the Neo QLED models have 576 zones in 55 inches and 792 zones in 65 inches, which should theoretically result in a more precise local dimming – but the dimming algorithm used should not be ignored here, which is also impressive.

Disturbing dimming effects such as bleeding are greatly minimized in the QN90A, since a misbehavior of individual LEDs is no longer as significant since they only have to illuminate a smaller area.

However, we also have to mention that the QN90A artificially brightens HDR material. Due to the image processing, especially dark scenes look much brighter than intended by the filmmakers. In return, dark details also become more recognizable. What is better is up to the viewer to decide. In any case, the dark atmosphere, like in horror or thriller movies, could suffer a bit.

The Neo QLED QN90A is really outstanding in terms of motion handling. The panel has a refresh rateHertz is the derived SI-unit of frequency with 1Hz=1/s – When talking about TVs this means how many different pictures a TV can display in one second. of 120Hz and the response time is about 3ms, which is really an impressively low value for an LED-LCD TV.

Due to the fact that the individual pixels change color that quickly, only very little motion blur is visible even in fast movements. This motion blur can also be further minimized by the Black Frame InsertionProcess that inserts black “blank images” as intermediate images. This makes movements appear finer and clearer. feature, which does however reduce the brightness somewhat. Since the QN90A can get very bright, this should not be much of an issue.

However, the low response time also has a downside – namely stutter. Content with a low refresh rate can cause jerkiness, especially during slow camera pans. This can be mitigated by the Motion Interpolation Feature. But this often results in artifacts and the soap opera effect is noticeable. JudderInconsistent time frame due to the input frequency not mismatching the TV’s frequency (e.g. 24p via 60Hz), on the other hand, can be removed from all sources.

With a frequencyHertz is the derived SI-unit of frequency with 1Hz=1/s – When talking about TVs this means how many different pictures a TV can display in one second. of 960Hz, the LED backlight is not flicker-free. However, the frequency is that high that it is perceived as continuous illumination by the human eye. Therefore, even sensitive users should not have any problems with this.

On paper, the Neo QLED QN90A sounds like an almost perfect TV. The four HDMI 2.1 interfaces support almost all specifications you could wish for. Of course, there is an Auto Low Latency Mode, which automatically detects a connected console and switches the TV to gaming mode to keep the input lag as low as possible. However, it is not yet possible to estimate exactly how high the input lag is in the respective resolutions with the different refresh rates.

Furthermore, Samsung has come up with some interesting new features for gamers, which might be of interest to some. Among other things, PC gamers are offered a panorama mode with a resolution of 32:9 and a game bar has been implemented, which provides an overview of gaming-relevant values like input lag or refresh rate.

Not yet clarified: In the 2020 QLEDs, Full Array Local Dimming was largely disabled in gaming mode to keep input lag as low as possible. This should increase the response speed to inputs from external devices. The low input lag was thus prioritized over a good picture quality, so that the picture quality was strongly reduced and especially HDR gaming did not show up nearly as well as other HDR content. The FALD seems to work in Game Mode on the QN85A, so it is likely that Samsung has also improved the higher-end models. 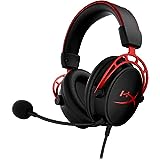 The integrated 4.2.2 channel speakers have an output power of 70W (RMS). The trebles and midranges deliver a pleasant sound and are well balanced, so dialogs are reproduced intelligibly.

The basses, on the other hand, are a bit weak – but this is normal for flat-screen TVs. A certain amount of volume is needed to create vibrating bass, which decreases from TV generation to TV generation. Therefore, only a few TVs perform much better here.

Although the sound quality will satisfy most users, it is not really convincing for a TV in this price range. However, this deficit is very easy to get out of the way. To make the sound as good as the picture quality of the Neo QLED, you can use a soundbar or a complete sound system, which can improve the sound by worlds. The HDMI eARC provides the 3D sound format Dolby AtmosObject-based surround sound format with 3D-Sound from any direction, which can create a true cinema atmosphere. Unfortunately, Samsung does not offer DTSMulti-channel-sound-system (Surround Sound) competing with Dolby Digital.

An innovative feature is the acoustic room correction, which allows adjusting the integrated speaker system to the room’s acoustics.

Admittedly, not too much changes with the new iteration of the Tizen operating system with Tizen 6.0, but some smart little things are still added. First of all, Smart OS comes with some great features and has a huge selection of apps and all the popular streaming services are also available.

So the TV can be seamlessly integrated into a smart home. With Samsung Smart Things, the QN90A becomes a sort of control center for other smart home applications and conveniently displays them on a dashboard where they can also be controlled with the remote.

And speaking of the new remote control. This one comes with an integrated solar panel, so the remote charges with light, so you don’t have to change batteries anymore – it doesn’t matter if it’s sunlight or artificial light. It’s only a small thing, but it’s still quite a nice feature.

However, those who find the remote control too complicated can also use Amazon Alexa or Google Assistant as voice assistants. However, you will need to connect a third-party device to the TV for Google Assistant. For data exchange with Apple devices, the Neo QLED is Airplay 2 compatible, so you can quickly and easily display videos or photos on the QN90A.

The twin tuner allows recording and saving content on USB storage devices, the timeshift function and the Multiview function. The name Multiview is somewhat misleading. It is about splitting the picture into the current TV program and content streamed from a compatible smartphone.

Is the air getting thin in the high-end TV sector?

One thing in advance, Samsung has really made some changes with their new 4K flagship compared to last year’s Q90T to bring the picture quality closer to that of their OLED rivals. By allowing the QN90A to get even brighter, the display does a better job of showcasing bright highlights in High dynamic Range content. Additionally, the extremely wide color gamut makes for a more vivid and intense TV experience.
However, content is displayed a bit brighter than the filmmakers intend. This makes dark scenes look a bit less atmospheric – but the level of detail is higher than on other TVs.

Especially in bright surroundings, hardly any other TV can hold a candle to it in terms of picture quality, as its reflection handling is truly brilliant. The performance in dark environments is really good, but there are already cheaper OLED TVs like the Sony A80J that perform even better in this regard.

As for gaming, the QN90A has just about everything you could want. HDMI 2.1, [email protected], ALLM and VRR with a really low input lag make for a great gaming experience. However, it lacks Dolby Vision, which is only relevant for Xbox Series X users in terms of gaming.