Even though many people’s attention is focused on Sony’s A90J, which will also be released in 2021, the Sony A80J discussed here does not fall by the wayside. It benefits from a much lower price compared to the company’s competitor and still has everything you need for your own home theater.  The Sony A80J is also well prepared for the new high-end consoles in terms of gaming features.

Choose a TV size that suits you

The Sony A80J - fits in any living room

The design of the Sony A80J is, in line with the modern equipment, very high-quality and yet kept simple. The TV is well positioned in every room thanks to the 3-fold multi-position stand, and the TV doesn’t even wobble. You can switch between the standard, narrow or soundbar setting at will. This makes the TV suitable for small storage spaces or for an external soundbar. If you prefer wall mounting, that is also possible without any problems thanks to the low depth and the narrow design. The only complaint is that not all cable inputs face sideways, which means you can’t get to all the connections optimally when wall-mounted, and speaking of cables, the A80J doesn’t offer any extras to simplify cable management. Excellent picture quality thanks to the OLED panel

The 10-bit OLED panel, with its perfect black level and accompanying contrast of infinity: 1, offers little room for criticism. Even the viewing angle is very wide, which means that the color accuracy remains in great quality even in different sitting positions. Reflections are also not a problem. Thanks to built-in light sensors, it adapts to the existing light conditions and regulates the picture accordingly. One criticism would be that it can have problems overcoming glare in extremely sunny or very bright rooms, but positioning it correctly in the room can prevent this problem, which admittedly only occurs in the rarest of cases. HDRHigh Dynamic Range – image/video with more dynamic range (contrast range) content looks fantastic due to the OLED panel and wide color gamut, and Dolby VisionDynamic HDR-format with a color depth of up to 12 Bits and Mastering of up to 10,000 Nits is also supported, so the A80J has no shortcomings in this area either.

With a response time of 1ms and a 120Hz panel, the Sony A80J has first-class motion handling with hardly any motion blur visible. The Black Frame Insertion feature, which packs black frames between the images, minimizes this motion blur even more. The Cognitive Processor XR with XR Motion Clarity also evaluates content and ensures clear images. Even judder can be removed from all sources. However, such a low response time also has a certain disadvantage. Stutters can occur when the camera moves slowly.

The A80J is also suitable for gaming!

The two HDMI 2.1 interfaces available and also Dolby VisionDynamic HDR-format with a color depth of up to 12 Bits and Mastering of up to 10,000 Nits, coupled with the superbly low input lag of less than 9 ms for 4k @ 120Hz content, which is even lower than that of the spotlighted A90J, makes the A80J an excellent choice for gaming on the latest consoles, namely Playstation 5 and Xbox Series X. Apart from that, the picture quality is so good that even the aforementioned latest consoles can be used to their full potential. Add to that the almost instantaneous response time and the excellent contrast ratio, and you have a great choice for gaming. In addition, there is an analog video input on the A80J that allows you to connect and enjoy retro consoles like the Nintendo 64.

The Variable Refresh Rate and Auto Low Latency Mode are not yet available at the time of writing this article and will only be made available in a future firmware update.

Sound that fits the TV

The A80J’s sound is excellent, making it one of the few TVs that can produce good sound without a soundbar. The screen of the Sony A80J also functions as a speaker and can imitate 3D surround sound that you feel is all around you, without ceiling speakers. However, Sony goes one step further with Acoustic Auto Calibration, which allows the TV to recognize where the viewer is sitting and then adjusts the sound to the room. Furthermore, the OLED TV has the almost usual features like Dolby AtmosObject-based surround sound format with 3D-Sound from any direction, DTSMulti-channel-sound-system (Surround Sound) competing with Dolby Digital or the HDMI eARC interface, which are of course available here.

The Sony A80J also offers everything the heart desires in terms of smart TV. The operating system this year is Google TV, which replaces Android TV, although this is more of a rebranding. The usual large app store is still available, and you can choose from a variety of apps. The remote control can be used to control several devices at the same time, which facilitates the handling of the smart home. The voice control via the integrated Google Voice Assistant can be extended with an external Amazon Alexa device. In addition, the Sony A80J is compatible with Apple AirPlay 2 and Apple HomeKit. Furthermore, a Tripple Twin tuner has been implemented, which allows you to record and watch your favorite movie at the same time. 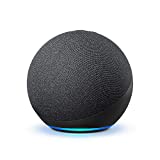 For an all-round smart home:
Amazon Echo
Go to offer

The Sony A80J is a fabulous 4k OLED TV and a bit cheaper than its “big brother” – the Sony A90J. The only drawback in a direct comparison is that it does not get as bright as the Sony A90J due to the missing heatsink technology, but that is not really noticeable. The self-luminous OLED pixels provide infinite contrast, making deep blacks no problem at all. Its color gamut is also very good, which is why it is best suited for HDR content and presents it in impressive form. Gamers will also get their money’s worth, as the Sony A80J has two HDMI 2.1 ports and it supports 4k @ 120Hz signals. At the time of this writing, the only thing missing is VRR support, but that will be added in a future firmware update. The Sony A80J thus represents a premium high-end TV for practically everyone.

Viewing Angle
Picture quality when sitting at an angle to the TV - Also relevant when sitting very close in front of a large TV.
89%
Sony A80J 55"

SDR Image Quality
Picture quality when viewing material in SDR, i.e. anything that is not HDR.
95%
Sony A80J 55"

Choose a TV size that suits you
Price too high? The best deals
every Friday in your email inbox!

The Sony XR55A80J has 2 HDMI 2.1 inputs and 2 HDMI 2.0 inputs, an HDMI eARC, one USB 3.0 port, 2 USB 2.0 ports, a 3.5mm headphone jack, a digital optical TOSLINK output, an analogue video input e.g. for older gaming consoles and a Twin Tuner. and just a Single Tuner.
The Sony A80J OLED is dimensioned without stand as follows (WxHxD):
The Sony A80J OLED is compatible with the following wall mounts:
The Sony A80J OLED costs as follows:
The Sony A80J OLED needed for 1,000 hours of use with SDR image 106 kWh and 129 kWh for HDR image.
Found a bug? Report bug
* All prices are in USD incl. VAT, if necessary plus shipping. Interim changes of prices, ranking, delivery time and costs are possible. Last update 2021-12-09 13:19:44
The Sony 55A80J
is on sale!